The most popular Rwandan products in the Chinese market include various brands of Coffee and Tea as well as handcrafts. Other common products include; pepper, soft drinks, such as Urwibutso Enterprise products, as well as honey.This is as result of t...

The most popular Rwandan products in the Chinese market include various brands of Coffee and Tea as well as handcrafts. Other common products include; pepper, soft drinks, such as Urwibutso Enterprise products, as well as honey.

This is as result of trade cooperation between China-Africa, which has enabled Rwandan products under the Made in Rwanda initiative to enter the global market.

Rwanda has been involved in a number of partnership initiatives with China such as Belt and Road Initiative, and China-Africa Cooperation among others.

In June, China hosted different events in Beijing and Hunan province as part of China-Africa cooperation to accelerate partnership and win-win scenario for a shared future especially in economy and trade.

As part of the implementation and follow up of the 2018 Beijing Summit of the Forum on China-Africa Cooperation (FOCAC) held last year in Beijing, China this year held the first China Africa Economic and Trade Expo.

Based in Hunan Province, Changsha, the exhibition was launched under the theme, “Win-Win Cooperation for closer China-Africa Economic and Trade Partnership.”

The three day event attracted more than 10,000 guests and exhibitors, including those from 53 African countries.

Rwandan entrepreneurs turned up to create connections with their counterparts from China as well as showcasing their products.

It also allowed China’s state-owned and private enterprises and their African partners to sign various cooperation agreements worth $20.8 billion to explore new paths of cooperation and further the partnership.

Also, Hunan African Commodities Exhibition and Trade Hall was opened to act as an exhibition and trade platform for fine African products entering into Chinese market.

The launch of China-Africa Economic and Trade Expo followed an ongoing six months Beijing International Horticulture Exhibition, under which nine Rwandan companies are showcasing their products.

Geraldine Ndayizeye, from Umucyo Handcrafts, has participated in both China Africa Economic and Trade Expo and 2019 Beijing International Horticulture Exhibition.

The entrepreneur said that from the interactions at the exhibition, she established that the opportunities in the Chinese market should encourage her fellow entrepreneurs to boost their production and quality.

“We, Rwandan entrepreneurs, should explore Chinese market. We should work hard to produce more with quality,” she said.

According to a young innovator, Gilbert Nkurunziza, who showcased leather shoes at the China-Africa Economic and Trade expo, opportunities in Chinese market will inspire more business operators to introduce their products to Chinese community as well as pursue links them with more partners to boost their production.

Until now, Chinese community have showed love for Rwandan coffee which is also promoted to them through the Electronic World Trade Platform project.

Again, the meetings have resulted in fresh commitment by a leading Chinese lender, Export-Import Bank of China to extend financial support to Rwanda’s private sector, a move which was welcomed by beneficiaries and the Minister for Finance and Economic Planning Dr. Uzziel Ndagijimana who represented Rwanda during the meeting.

For Ndagijimana, the development is likely to help Rwanda’s private sector in boosting their export volumes.

The support to be provided though the bank will enable private sector operators to access long-term loans at a low internet rate.

Rwanda’s envoy to China, Amb. Charles Kayonga, said that he believes that the trade opportunities will cement bilateral cooperation and that the progress is an opportunity for Rwandan firms to market their products in the Chinese market.

He also expects that the exhibition events will bring China-Africa economic cooperation to a higher level.

Chinese government reiterated that the bilateral trade and economic cooperation should be practical and concrete toward the sustainable development of the participants, adding that China will keep funding projects as well as encouraging Chinese leading companies to invest in Africa.

By the end of 2018, more than 3,700 Chinese companies had been set up in Africa, with a combined direct investment exceeding $46B.

China has been the largest trading partner of Africa for ten consecutive years. In 2018, trade volume between China and Africa amounted to $204.2B, up to 20 per cent on year according to statistics.

Last year, China’s import from Africa went up 32 per cent year on year, with the imports of agricultural products up 22 per cent.

China has been the largest trading partner of Africa for ten consecutive years. In 2018, trade volum 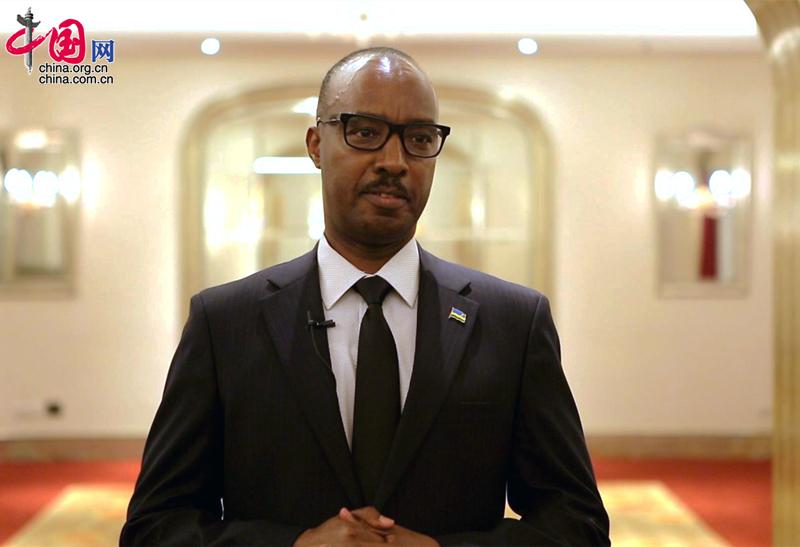 China has been the largest trading partner of Africa for ten consecutive years. In 2018, trade volum