An unexpected post-Mugabe boom has caught the attention of international art collectors In a makeshift studio, in an empty house on a ridge with a spectacular view of trees and blue sky, two artists are setting out brushes and paint. Half-finished ca...

An unexpected post-Mugabe boom has caught the attention of international art collectors In a makeshift studio, in an empty house on a ridge with a spectacular view of trees and blue sky, two artists are setting out brushes and paint. Half-finished canvases lean against walls. The bustle and noise of the city is far away. Gresham Tapiwa Nyaude and Helen Teede are among a new wave of young artists in Zimbabwe who are attracting attention from collectors and curators worldwide. Both now work in a converted house surrounded by forest, a 40-minute drive from the capital, Harare. Almost two years after Robert Mugabe, who died this month, was ousted in a military takeover, Zimbabwe is enjoying an unlikely boom in contemporary art, despite an economic crisis and unstable, sometimes violent, politics. The success is linked to its problems, the artists say. “We want to talk about the time we are living in [in our paintings] … It comes out abstract and indirect but we have a collective responsibility to address what we know, what we see … There is source material in every day,” Teede, 31, told the Guardian. Helen Teede: ‘There’s always been a crazy amount of talent here … But all the best work is being sold overseas and that is a big loss.’

“We’ve had a lot of international collectors coming and there is interest growing all the time … For a very small population of artists, the number of internationally successful artists that have emerged from Zimbabwe is really extraordinary.” Kabov attributes the depth of talent in Zimbabwe to a tradition of education and intellectual inquiry, and “living in a really interesting matrix”. “They cannot make work that is not important because there is nothing in their lives that is not important. There is none of this navel gazing. Here everything is real. The work comes from a really strong place emotionally … You add a little bit of skill and … boom!” Art from across the African continent has enjoyed a surge of international interest in recent years, with works newly visible in art shows, featured in the specialist media and sought after by major institutions. In Cape Town, on one of the world’s most recognisable waterfronts, a vast new art museum, the biggest ever in Africa, opened in 2017.

The Zeitz Museum of Contemporary Art Africa has already been described as “Africa’s Tate Modern”. There are also new museums in Marrakech and Lagos. The Zeitz Museum of Contemporary Art Africa in Cape Town. Photograph: AP Last year, the prestigious Frieze magazine published a long report on contemporary art in Zimbabwe. The South African Goodman gallery is opening in London next month with a show that includes works by Kudzanai Chiurai, one of Zimbabwe’s best known contemporary artists. Another well-known artist, Misheck Masamvu, won fame when Zimbabwe invested in a pavilion at the Venice Biennale art fair in 2011. Since 2012, Kabov has travelled to international art fairs to represent her artists and boost the international profile of the country in the contemporary art world. “Zimbabweans themselves are not aware of the extreme talent in their midst, because it is not considered an indigenous tradition,” she said. The devastating economic legacy of Mugabe’s 40 year rule means artists in the former British colony face many obstacles: a lack of exhibition spaces, limited opportunities to sell their work and difficulties getting basic supplies of artistic materials. Teede is concerned that the lack of a major domestic art market will mean that little work currently being produced remains in the country.

“There’s always been a crazy amount of talent here … But all the best work that is being produced at this super exciting time is being sold overseas and that is a big loss. In 50 years maybe there will be a museum and it will all have to be brought back,” she said. Many aspiring artists attend workshops run by the National Gallery, founded in 1957 and housed in a Le Corbusier-inspired building in the centre of Harare. Nyaude, who studied at the National Art Gallery for two years and was picked to exhibit at the high-profile New Museum Triennial in New York last year, said one factor driving the boom was economic. “You have a possibility as an artist to do pretty well and there is so little other opportunity so if you have a drive to make art, that’s a push factor,” he said. Emmerson Mnangagwa, a former spy chief and senior ruling party official who was confirmed as Mugabe’s successor in a contested election last year, had promised voters he would make Zimbabwe “open for business”. But foreign investment and re-engagement with the international community has been stymied by widespread human rights abuses.

“Living in Zimbabwe, you are affected by the politics every day, not directly, but it is there … The absurdity of the situation defies language. You can’t speak about politics directly here.Painting is a way of working things through that you can’t think through logically,” said Nyaude, 31. Amanda Mushate, a 23-year-old artist represented by Kabov, said the biggest obstacle she faced was reconciling her creative ambitions with the expectations and habits of her friends. One recent painting, entitled WhatsApp Gold, was inspired by the intensive use of social media of many of her peers. “The biggest difficulty as an artist is to be myself, to be the real me in my social life,” Mushate said. “Other girls of my age, they are interested in their careers and don’t understand me being an artist. If they came to appreciate what I do, that would be my biggest achievement.” This article is part of a series on possible solutions to some of the world’s most stubborn problems. What else should we cover? Email us at theupside@theguardian.com Since you’re here... ... we have a small favour to ask. More people are reading and supporting The Guardian’s independent, investigative journalism than ever before. And unlike many new organisations, we have chosen an approach that allows us to keep our journalism accessible to all, regardless of where they live or what they can afford. But we need your ongoing support to keep working as we do.

A crazy amount of talent': contemporary art thrives in Harare

'A crazy amount of talent': contemporary art thrives in Harare 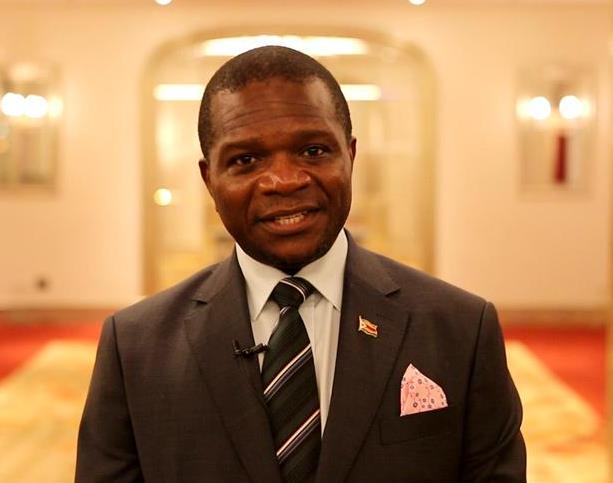 Zimbabwe's ambassador to China: "Belt And Road" connects the world

'A crazy amount of talent': contemporary art thrives in Harare

"Made in Mianyang" Procurement and Investment Conference official kicks off